Donald Trump election the biggest voter fraud ever
committed against Americans and the world! 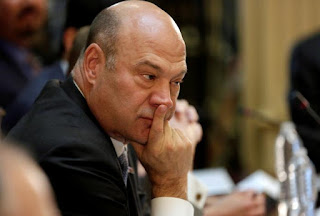 Cohn, 56, did not work on Republican Trump’s campaign and only got to know him after the November election, but he has emerged as one of the administration’s most powerful players in an ascent that rankles conservatives.